The more I look at social media the more I start to understand why people are so confuse and so uneducated.  Without a doubt, there is a massive domestic and foreign propaganda flooding our social media.

Some people do not know how to tell the difference between what is real and what is a fake. People at time see something in social media and automatically assume that what they are reading is true. People do not take the time to search if what they are reading is true. For example, on facebook last year people started circulating that Jaden Smith son of Actor/rapper Will Smith committed suicide.  One after another, people just kept on sharing this sad but not factual news. Imagine for a second as a parent how would you feel if you read this on social media about one of your children? 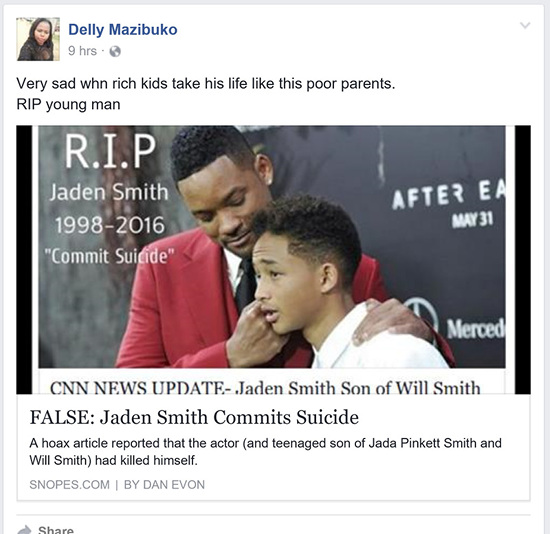 As a father and a blogger, I worry about this. I do not consider myself a conspiracy theorist. I wonder at times who is behind these floods of alternative tweets, and information status on Facebook. I might not be the smartest cookie in this world but when I see a tweet that reads: LAST NAME Gonzalez, Villa, Lopez, Perez, Ramos, Rodriguez, Ramirez, Chavez, WILL BE DEPORTED and it is supposed to be coming from President Trump I just must laugh. Not because it ridiculous but because some people really believed this was a real tweet.

I know this must sound hypocritical coming from someone that uses Facebook, Twitter, and other social media outlets to promote my blog. All I am asking is that I wish people would read up on things first before jumping into conclusions.  With the internet, nowadays people can find out if something is real or as some might call alternative facts. Google and Bing are reliable source of information.

I don’t know who is behind this domestic and foreign propaganda that is flooding our social media but what I can say is that I believe that we Americans are smart enough to do our homework and weed out the real stories from the fake ones. Just saying