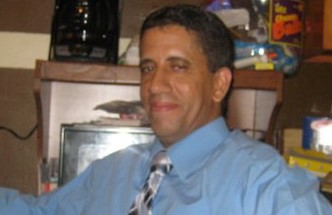 WASHINGTON, D.C. — Nearly eight in 10 Democrats (79%) have a favorable view of Hillary Clinton. Should she seek her party’s 2016 presidential nomination, she would begin the campaign with a commanding lead in favorability ratings over several potential Democratic opponents, including a 15-percentage-point advantage over Vice President Joe Biden and 42-point margin over Massachusetts Sen. Elizabeth Warren.

On Tuesday Hillary said “It would probably been smarter to use two e-mail accounts during her time as secretary of state. Here is some transcript of her remarks.

First, when I got to work as secretary of state, I opted for convenience to use my personal email account, which was allowed by the State Department, because I thought it would be easier to carry just one device for my work and for my personal emails instead of two.

Second, the vast majority of my work emails went to government employees at their government addresses, which meant they were captured and preserved immediately on the system at the State Department.

Third, after I left office, the State Department asked former secretaries of state for our assistance in providing copies of work- related emails from our personal accounts. I responded right away and provided all my emails that could possibly be work-related, which totaled roughly 55,000 printed pages, even though I knew that the State Department already had the vast majority of them.

For the record I would like to state that it was allowed for Hillary to use her personal email account as for The State Department. Also when asked to provide copies of work related emails she gave 55,000 printed pages.

No matter in what side you stand on this Gallup polls still have Hillary ahead of the pack. Come 2016 The Country will have to make a decision. I think that from now on we are about to get a boat load of negative and positive reactions from both side of the isles. Come 2016 I ask people to vote your conscious Republicans or Democrats either way Please America go out and VOTE your vote does count. As of now Hillary is still on top saying come on guys come get me.